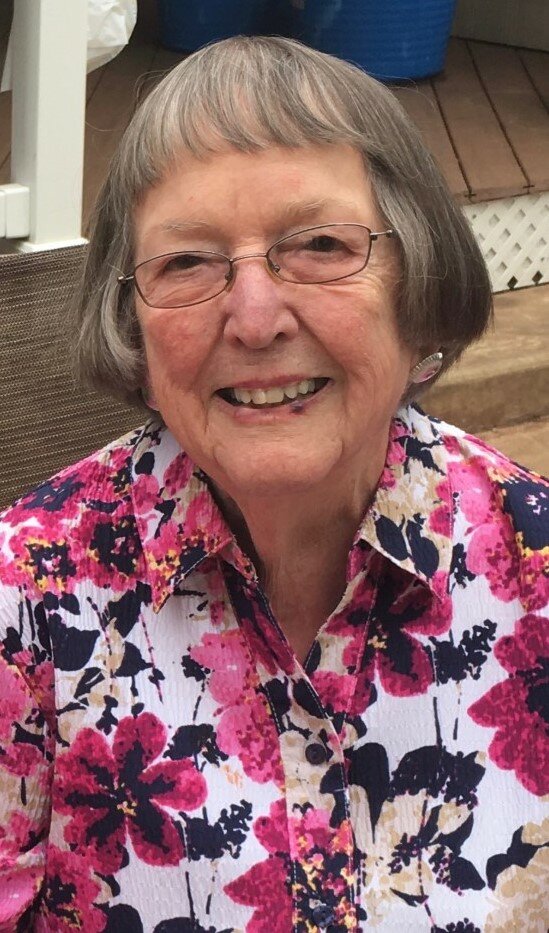 Judith (Woods) Mrosek, 89, of Manchester, CT and Tequesta, FL, died May 24, 2022, at Vernon Manor following a period of declining health. She had previously been living at the Village at Buckland Court in South Windsor. She was the widow of George Mrosek, Sr., who preceded her in death in 2008, after 56 years of marriage.

Born in Manchester on October 16, 1932, daughter of the late James and Ethel (McCollum) Woods, Judy grew up in town and graduated from Manchester High School in 1950. She was a long-time member of South Methodist Church.

Judy was an artist, a volunteer, and a homemaker. While she earned her Associate’s Degree from Manchester Community College, her passion was for painting and other artistic pursuits. She always wished she could have attended art school following high school. She took many art classes and workshops throughout New England, especially at the Old Lyme Art Academy.

For more than 50 years, Judy had the good fortune of summering in Old Lyme with friends and family at Point O’ Woods Beach. There, she was particularly fond of taking her easel outdoors to paint landscapes and other subjects with friends from Manchester and the Academy.

She was an active volunteer with Child and Family Services, the Auxiliary of Manchester Memorial Hospital, and a past president of the Manchester Art Association. She also volunteered at the Gallery Museum of Art in Tequesta, FL. Despite growing up in what she considered a small town, Judy loved the big city. For many years she and a friend organized popular bus excursions to NYC.

She will be remembered for her love of people, painting, and parties. Having lived in ten Manchester locations, starting at Vet Haven and including a 10-year span in the Austin Cheney House, she enjoyed welcoming friends and family for holiday celebrations and other gatherings.

The family wishes to thank the staff and residents at the Village at Buckland Court for making her last home so enjoyable. Memorial donations may be made to the scholarship fund c/o the Manchester Art Association, PO Box 1981, Manchester, CT 06045, so that others may have the opportunity she so desired.

To send flowers to the family or plant a tree in memory of Judith Mrosek, please visit Tribute Store
Friday
3
June

Share Your Memory of
Judith
Upload Your Memory View All Memories
Be the first to upload a memory!
Share A Memory
Send Flowers
Plant a Tree