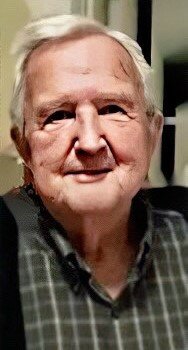 He was born July 13,1933 to Cyril Dolph Roya and Elizabeth Ann (Christie) Roya in Montpelier, VT where he lived as a child with many brothers and sisters. He and his family moved to Connecticut and lived in numerous locations before settling in Manchester.

Bob was married to the love of his life Barbara Grogan until she was lost to cancer at the age of 61. He also lost his daughter Linda Roya Gouzounis to cancer at the young age of 51 and she is survived by Chris Gouzounis. When they were sick, he was very involved in their care as he always put everyone else’s needs before his own.

Bob proudly enlisted in the United States Army at the age of 16 during the Korean Conflict. He received the Korean Service Medal and two bronze stars and was honorably discharged. He was a master craftsman and worked in construction, home improvement and property management for his entire career. He was self-employed most of his life and then retired from Damato Enterprises where he provided property maintenance for over 400 units. Bob’s self-created tag line was “Don’t Move, Improve” as he was proud of his craft.

He was an amazing husband and dad who spent every day of his life doing things for other people. While supporting his family, he introduced his son to numerous sports and drove him around the Northeast so he could play and compete and did the same with his daughter Linda on her many endeavors. He enjoyed bowling and golf while he was healthy and still leads the family in hole in one’s with one when he aced the 12th hole at Manchester Country Club with his son as his witness. He recently lost his favorite dog Coty as well.

Bob was known for his laid-back approach to life and witty sense of humor and will be deeply missed. Special thanks to the VA System and Riverside Health & Rehabilitation Center who helped guide Bob’s care in his final weeks.

A graveside service will be held at 2 pm on Friday, June 10th, 2022, at East Cemetery in Manchester, CT and will be followed by a gathering at the home of Rob and Marsha Roya at 5 South Farms Drive in Manchester, CT. Family and friends are welcome to attend. For online condolences, please visit www.tierneyfuneralhome.com.

To send flowers to the family or plant a tree in memory of Robert Roya, Sr., please visit Tribute Store
Friday
10
June