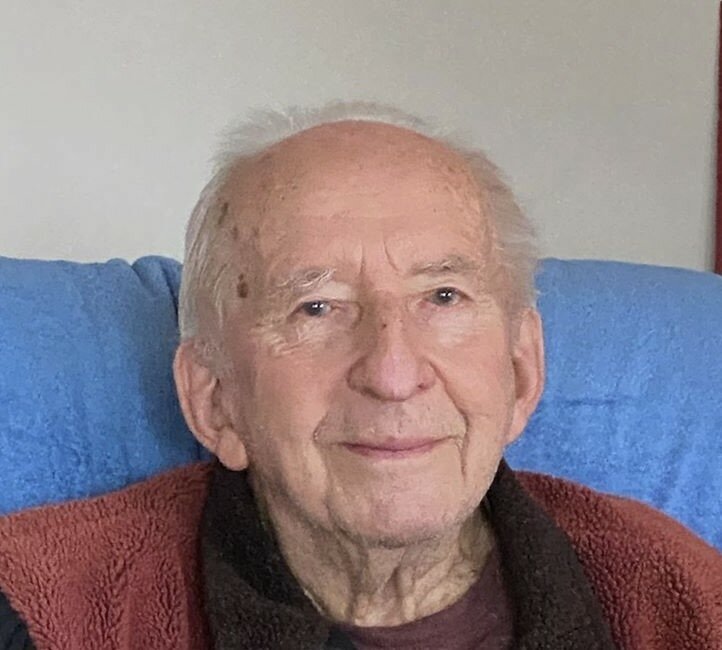 John M. Ruff, 87, of Niantic and Manchester, beloved husband of the late Agatha (Gerry) FitzPatrick Ruff, passed away with his family by his side on July 14, 2022 at his home. He was born on May 18, 1935 in Glastonbury CT, son of the late Martin and Elsie (Schwarm) Ruff.

John grew up on the family farm in Glastonbury with his father, grandparents, aunts Bertha and Lucy Schwarm and uncle Ernest Schwarm. He attended school in Addison and graduated from Glastonbury High School. He then served in the U.S. Army from 1954-1957 as a helicopter engine mechanic in Fairbanks, Alaska.

John was married in 1957 to the love of his life. He and Gerry enjoyed 57 years together before her passing in 2014. They raised their four daughters in Manchester and together with the family, traveled to Ireland, Europe and the Caribbean. He enjoyed gardening, hunting, fishing, golf, and collecting antiques.

John spent 39 years with Pratt & Whitney and after retirement, began spending winters in the Florida condo and summers in the Niantic home, eventually moving back to Niantic permanently.

John leaves his daughters, Gerrianne and Roger Celinski of Naples, Florida, Laurie and Sean Dyer of Manchester, Tracy Fitz Patrick of Arcata, California and Kelly Carvalho of Shelton; his grandchildren, Leigh and Andrew Lessard of Glastonbury, Katie and Justin Wilson of Tolland, Andrew and Heather Celinski of Portland, Angel FitzPatrick of Waterbury, Melissa Purcell of Manchester and Paul and Marisa Purcell of Manchester; and his great-grandchildren, Ellie, Natalie and Drew Lessard, Emma, Evan and Ethan Wilson, Calvin and Wyatt Celinski, Marilyn Spence, and Landon and Eleonora Purcell. He is also survived by his brother-in-law Brian Fitzpatrick and wife Linda of Montpelier, Vermont, his cousin Linda Schwarm of Morrisville, Vermont as well as other extended family. He will also be missed by his neighbors, who he enjoyed and appreciated so much over the years.

Family and friends may call at the John F. Tierney Funeral Home, 219 West Center St. Manchester on Wednesday, July 20, 2022 from 5-8 p.m.  Burial will be private. Memorial contributions may be made to a charity of donor’s choice. For online condolences please visit www.tierneyfuneralhome.com.

To send flowers to the family or plant a tree in memory of John Ruff, please visit Tribute Store
Wednesday
20
July