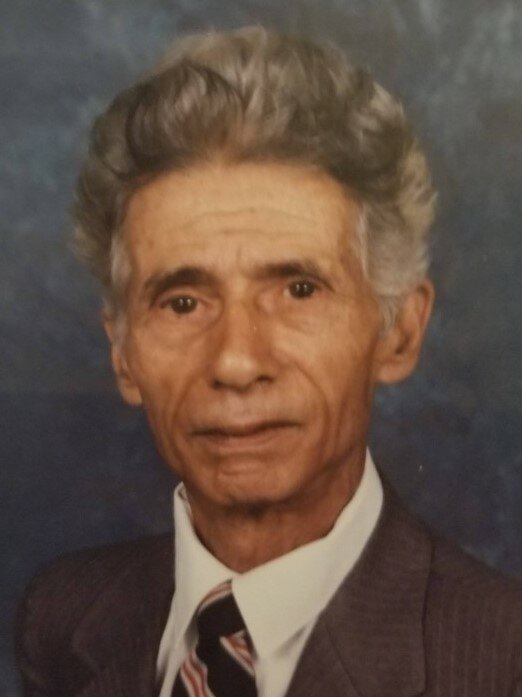 Joseph Castro, 95, entered into eternal rest on August 15, 2022, at Manchester Memorial Hospital. Son of the late Salvatore and Carmela (Cempisi) Castro, Joseph was born on February 15, 1927, in Villasmundo Sicily, Italy. He was a Sandblaster in profession for much of his life, but his true passion was farming.

Joseph owned his own 6-acre farm where he enjoyed growing tomatoes, zucchini, eggplant, grapes and many other vegetables and fruits. In his spare time, he also enjoyed making lamps, boat figurines, chairs, and tables. However, his handiwork did not stop there, as he enjoyed creating bottle covers and other mosaics out of leftover can sauder, which he would twist and weave into beautiful creations. Joseph also enjoyed his Sunday night dinners with Maria, where they would enjoy the labors from his farm.

Joseph is survived by his daughter, Carmela Castro and her husband Antonio Forte of Italy, his daughter-in-law, Maria Castro, as well as his grandchildren, Giuseppe Castro and Sebastiano Castro and his wife Jessica, and Giuseppe, Sara, Alfio and Alberto Forte.

Family and friends are invited on Friday, August 26, 2022, to the John F. Tierney Funeral Home, 219 W. Center St., Manchester for a period of visitation from 9:00-11:00 am followed by the Mass of Christian Burial to be celebrated at 11:30 in St. James Church, 896 Main St., Manchester. Burial will follow in St. James Cemetery.

To send flowers to the family or plant a tree in memory of Joseph Castro, please visit Tribute Store
Friday
26
August

Share Your Memory of
Joseph
Upload Your Memory View All Memories
Be the first to upload a memory!
Share A Memory
Send Flowers
Plant a Tree