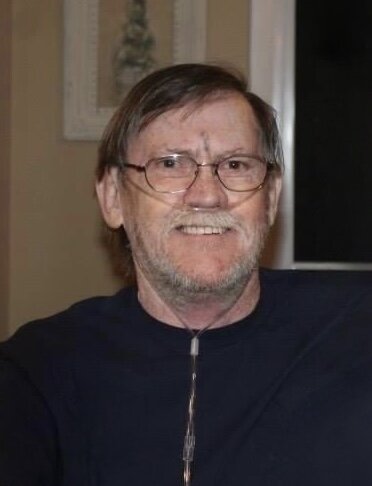 Dennis W. Stinchcomb passed away peacefully on Aug. 20, 2022, at Manchester Memorial Hospital, with his daughter Georgene by his side after a long illness, he was 66.

Dennis was born in Montgomery, Alabama to Marion (Martin) and Audrey Stinchcomb. Dennis spent his younger years in Montgomery with his brother Marc and his family but had a true love for the Gulf Coast. He lived most of his adult life in Mobile, AL, where he met his life partner Nancy Hill. After her passing, Dennis moved to CT to be closer to his daughter.

Dennis lived a simple life. He collected coins, had a love for animals, had a green thumb, and was up to date with all the trending television series. He had a "southern charm" about him, he would tell corny jokes, make up funny sayings, and would give the most random gifts.

Services are private and will be held at the convenience of the family.

To send flowers to the family or plant a tree in memory of Dennis Stinchcomb, please visit Tribute Store

A Memorial Tree was planted for Dennis
We are deeply sorry for your loss ~ the staff at John F Tierney Funeral Home
Join in honoring their life - plant a memorial tree
Services for Dennis Stinchcomb
There are no events scheduled. You can still show your support by sending flowers directly to the family, or planting a memorial tree in memory of Dennis Stinchcomb.
Visit the Tribute Store

Share Your Memory of
Dennis
Upload Your Memory View All Memories
Be the first to upload a memory!
Share A Memory
Send Flowers
Plant a Tree