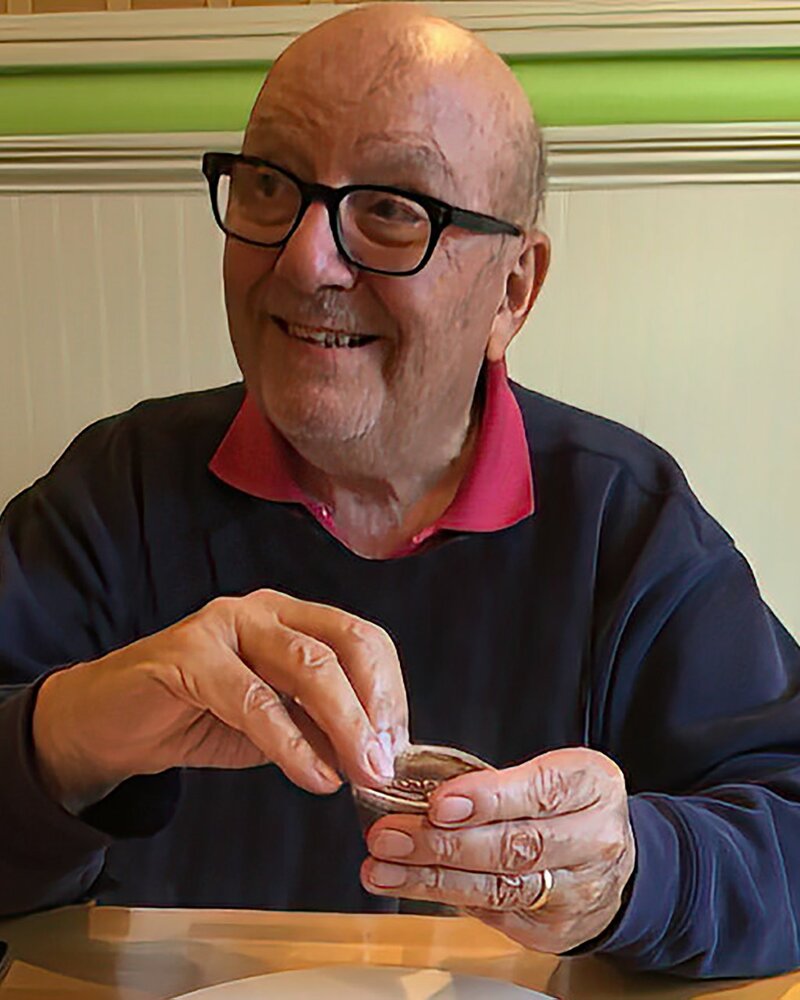 Silvio was born in Stamford, Connecticut on November 2,1936 to Carlo and Margaret (Gandiana) Pattacini.  He earned his GED while serving in the Navy Reserve and an Associate Degree in chemistry from Norwalk Technical College.

On April 27, 1961, Silvio married the love of his life, Mary Jane Snodgrass.  To anyone who met them, it was clear how he adored Mary.  Over their 61 years of marriage, they took care of family and friends, including countless breakfasts at Toast near UCONN with students, including their children and grandchildren.  They made the move to Manchester from Danbury to be closer to their beloved grandchildren, to be centrally located to every golf course in Connecticut and to make it easier to follow their shared passion for the UCONN Women’s Basketball Team.  Silvio volunteered and was also actively involved with the MACC Shelter, church and Manchester Democrats.

Silvio worked as a chemist and infrared spectroscopy application specialist at Perkin-Elmer in Norwalk, Connecticut for 44 years, and continued to consult in the industry until 2016.  He was a lifelong learner, and enjoyed studying the Revolutionary War, and founding fathers.  He was an expert and keen observer of human nature. He studied the past and used the present to prepare for the future.

Silvio is survived by his wife, Mary; his son Christopher and his wife Melissa Pattacini of Manchester and his daughter Karen and her husband John Skudlarek of Coventry, Connecticut.  He was the proud grandfather to four grandchildren, Alex & his wife Emily, Madalena Rose & her fiancé Michael, Isabella and Ryan. He was a devoted older brother to his sister, Carmella (Cookie) and husband Don Metz of Southbury; brother Robert (Bobby) and wife Theresa Pattacini of Norwalk; brother Anthony (Tony) and wife Janice Pattacini of Stratford; along with many in-laws, cousins, nieces, nephews and friends.

Family and friends may gather with Silvio’s family during calling hours on Wednesday, September 7, 2022, from 4:00-8:00 p.m. A memorial service will be held on Thursday, September 8, 2022, at 11:00 a.m. at the Second Congregational Church, 1746 Boston Turnpike, Coventry, Connecticut.

In lieu of flowers, plant a tree or memorial donations may be given to the University of Connecticut Chemistry Undergraduate Development Fund found at: https://www.foundation.uconn.edu/fund/chemistry-undergraduate-development-fund/ to support enrichment efforts including equipment and instrumentation for research and teaching.

To send flowers to the family or plant a tree in memory of Silvio Pattacini, please visit Tribute Store
Wednesday
7
September

Share Your Memory of
Silvio
Upload Your Memory View All Memories
Be the first to upload a memory!
Share A Memory
Send Flowers
Plant a Tree