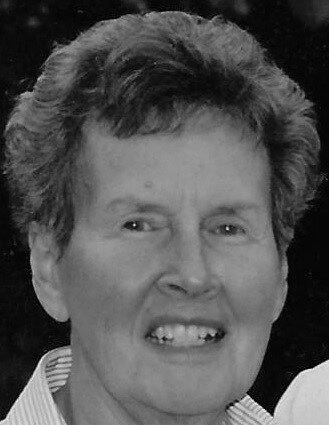 Elaine Elizabeth Webster Mrosek, 96, of Columbia Connecticut, peacefully passed away on Saturday, September 24, 2022. In her recent years, Elaine was lovingly cared for by her son, Joel Mrosek.

Elaine Mrosek was born on January 25, 1926 to Morton Joseph and Dorothy Fahey Webster in Rockville, Connecticut.

Elaine graduated from Rockville High School in 1943 and then earned an undergraduate degree from the University of Connecticut where she was a member of the Kappa Kappa Gamma sorority.

In June 1949 Elaine earned a law degree from the University of Connecticut School of Law at the age of 23.  She was on the Dean’s List all four years and received Book Awards each year.

She was only one of two women graduates, and “the only woman among 95 persons who passed the Connecticut bar exam in July 1949.” At the time she was believed to be the first Rockville woman to ever pass the bar examination, and “the first woman to practice law locally.”

Elaine shared that she worked “terribly hard during those four years.  My father was so anxious for me to become a lawyer, and I was so anxious not to disappoint him.  He waited up for me every night to get home from school and he listened to my recitations of what happened in class.  I always said he could have taken the Bar Exam with me and passed!”  Elaine credits her beloved father with his unfailing support because she considered him an early ‘feminist” due to her grandmother’s influence.  Her grandfather, Joseph Webster, was a Civil War veteran, died when her father was seven.  Elaine’s grandmother, Elizabeth Brown, ran a lodging house on the Tolland Green to support the family. Elaine’s father frequently told her a ‘woman should never be dependent upon a man’, words she heeded her entire life.

Elaine’s enrollment in Law School was met with some resistance for “taking a spot of a man.” She faced negative reactions but always focused on those who were her “champions.” Two of the more notable were Attorney Charles House, later to become the Chief Justice of the State Supreme Court, and Attorney Simon Cohen, who later became a Superior Court judge.

On February 24, 1951 Elaine married John R. Mrosek, a lawyer who graduated from the Columbia University Law School in 1948[wb1] .  Elaine shared that she and John met on opposite sides of a divorce case.  Elaine represented the wife, and John the husband.  After their marriage, Elaine joined her husband in his practice and worked there part-time for ten years while raising three children.  Elaine and John had three children:  Wendy Mrosek Broadbent, John Webster Mrosek and Joel David Mrosek.

Elaine’s husband passed away in 1979, at the age of 56. Over the next couple of years, Elaine developed a relationship with Dr. Mather Neill, a widower. They spent over 20 years together, caring and loving one another, until Mat’s death. Elaine said she “was blessed to have two wonderful men in her life at different stages.” Mat was a consummate gentleman, with impeccable manners, sometimes to the point of embarrassing Elaine’s sons.

Elaine was the first woman elected to the Board of Trustees at the Manchester Memorial Hospital and served the Hospital from 1957-1985 in various positions, as a Secretary to the Executive Committee, a Vice President of the Board and on the Development Committee and Mental Health Liaison Committee.

In April of 1962 Elaine was elected president of the Manchester Memorial Hospital Women’s Auxiliary .  She also served on the Board of Directors of the Child Guidance Clinic of Manchester, the United Way of Manchester and the Manchester Town Charter Revision Commission.

In 1975 Elaine accepted the position of Chief Clerk of the Tolland County Superior and Common Pleas courts “the first time in the state that a woman has achieved such a post for both courts.”  She taught many young lawyers how to practice law, patiently mentoring many.

Elaine, serving as Clerk of the Court, was the first female to administer the Connecticut Bar Association oath, to her daughter, Wendy, to become an attorney.

Elaine said that she wanted “to be remembered as a good sport” because she started skiing at age 40 (passing that lifelong passion along to her children and grandchildren), rode her first horse at age 79, bought a kayak at age 82 and completed the Manchester Road Race at age 84.

Elaine was predeceased by her parents, sister Shirley Marshall, brother Warren Webster, and husband John Mrosek.  She is survived by her brother David Webster, her three children and six grandchildren.

Calling hours will be held on Friday, October 7, 2022, from 4:00 pm to 7:00 pm at the John F. Tierney Funeral Home, 219 West Center Street, Manchester, CT. A memorial service will be held on Saturday, October 8, 2022, at 10:00 am, at the funeral home. The family requests that in lieu of flowers donations be made to the Manchester Scholarship Foundation INC., 20 Hartford Road, Manchester, CT 06040, in the name of the Elaine Webster Mrosek and John R. Mrosek Memorial Scholarship Fund.  For online condolences please visit www.tierneyfuneralhome.com.

To send flowers to the family or plant a tree in memory of Elaine Mrosek, please visit Tribute Store
Friday
7
October

Share Your Memory of
Elaine
Upload Your Memory View All Memories
Be the first to upload a memory!
Share A Memory
Send Flowers
Plant a Tree