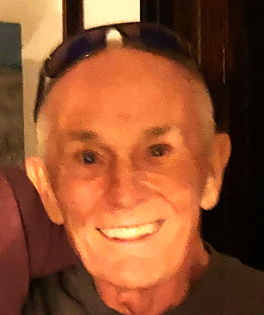 Steven C. Bell (Steve) lost his valiant battle with the malevolent monster that is lung cancer at sunrise on September 24 surrounded by his loving family. He was born on February 21, 1948, in Newburgh, NY, the son of Wilfred and Christine Bell. He graduated from Newburgh Free Academy in 1966 and served in the US Army Reserves from 1969-1975. In 1970 he married Susan (Todd) Bell and they began building their future. Steve, Sue and their three small children moved to Connecticut in 1979. Bell Glass Service was established the year after. He owned and operated Bell Glass for 42 years in Vernon, CT and during that time, Steve earned an excellent reputation and successfully grew his business. He expanded his business to include Heritage Glass in Glastonbury, CT. Steve was deeply appreciated and respected by those that had the opportunity to work with him.

As a long-time health and fitness enthusiast, scuba diver, and seasoned DIYer, to say that Steve was a man on the move would be an understatement. He enjoyed spending time at the gym, especially playing racquetball. There was always a project to be tackled, from bathroom remodels to house additions and everything in between. He also held a deep affinity for Harley Davidsons and classic cars and judged car shows for several years.

He loved spending time with his family and travelling to interesting places including Australia and the Caribbean Islands. More recently, he gathered with family and friends at their home in Cape Coral, FL, where he found refuge from the cold of the Northeast. Both his friends and family admired him for his quiet strength, tenacity, and strong work ethic. He had an easy-going demeanor and warm smile which led him to have friends anywhere he went.

Steve is preceded in death by both of his parents. He is survived by his loving wife and lifelong companion of 52 years, Sue, and their three children, Christopher (Angela) Bell, Kevin (Sarah) Bell, and Amanda (Dave Watson) Bell, who will all cherish the shared memories of their time together. Additionally, he is survived by his four beloved grandchildren – Kyle, Jack, Carly and Connor; four siblings - Sharon Reynolds, Carol Glider, Peter Bell, and Douglas Bell, along with an army of extended family and close friends who will miss him dearly.

Family and friends may call on John F Tierney Funeral Home, 219 W Center St Manchester, CT on Friday September 30, 2022, from 4-7 pm. A Celebration of Life will also be held there Saturday October 1 at 11 am. Burial will be private.

In lieu of flowers, donations can be made to the Tunnels to Towers Foundation (t2t.org).

To send flowers to the family or plant a tree in memory of Steven Bell, please visit Tribute Store
Friday
30
September

Share Your Memory of
Steven
Upload Your Memory View All Memories
Be the first to upload a memory!
Share A Memory
Send Flowers
Plant a Tree