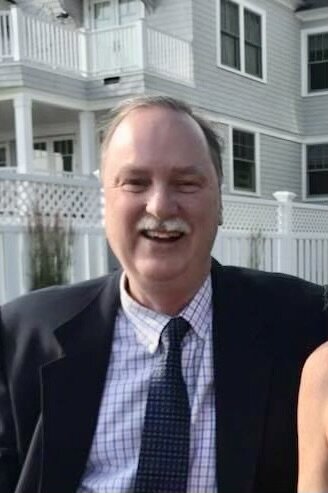 He was born February 19, 1953 to Willard and Louise (Lawrence) Marvin.  He was a proud life long resident of Manchester.

As a boy he was in Boy Scout Troop 27 where he made many life long friends.  He also spent many hours working at the family store – Sherwin-Williams.

In 1971 he joined the 8th District Fire Dept. where he remained for the rest of his life, rising to the ranks of Deputy Chief. During his time at the 8th district he impacted many lives of both citizens and fellow members of the Department. He helped guide and mentor many people to pursue careers in Public Safety, his two sons included.   He also was one of the early EMT’s in the state and volunteered for ASM (ambulance service of Manchester) in its early years.

He was a fireman at Pratt and Whitney and held fire/security positions at Otis, U.S. Surgical and Hamilton Standard.  He retired from the town of East Hartford as a Dispatch Supervisor.

Along the way he made time to be a Boy Scout Leader for Troops 27 and 8, a member of CERT(Community Emergency Response Team), a volunteer at the Boston Marathon, Ham Radio Operator, and a member of the Manchester Elks Lodge.

Most recently Chris was elected to the 8th Dist. Board of Directors following in his father’s footsteps. He jumped head first into the job and left many tasks close to his heart unfinished.

He leaves behind his wife Dianne (Neumar) Marvin.  His brothers John Marvin, his son Jeffrey Marvin(Meghann) and Thomas Marvin(Laurie Cleveland),as well as his sister-in-law Deborah Marvin.  His children Jessica (Zachary), John (Jill), and Jared.  His former wife Frances (Yetishefsky) Marvin.  He also leaves his grandchildren Olivia Cruz, Nick Roethel, Julia, Samantha and Rachel Marvin. He was predeceased by his parents Willard and Louise Marvin, as well as his two nephews John and James Marvin.  Chris also leaves behind many close friends including “the Wrecking Crew”.

Calling hours will be at Tierney Funeral Home on Wednesday Oct 5th from 4-7 pm. A funeral Mass will be held at St. Teresa of Calcutta – St. Bridget Church on Thursday Oct 6th at 10am. Burial will be at Coventry Cemetery on Route 31, Coventry.

There will be a reception to follow at Georgina’s, 275 Boston Tpke in Bolton.  ALL are welcome to attend and encouraged to share stories and memories.

In lieu of flowers, memorial donations can be made to the Hospital for Special Care, Neuromuscular Clinic, 2150 Corbin Avenue, New Britain, CT 06053.

To send flowers to the family or plant a tree in memory of Christopher Marvin, please visit Tribute Store
Wednesday
5
October

Share Your Memory of
Christopher
Upload Your Memory View All Memories
Be the first to upload a memory!
Share A Memory
Send Flowers
Plant a Tree