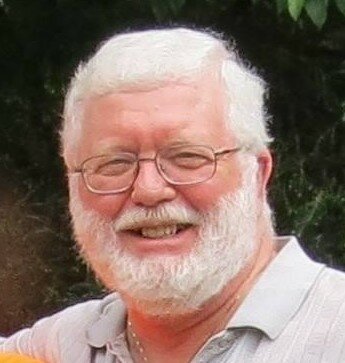 Dwight was born on October 30, 1946, in Detroit, Michigan to the late Dwight Jr. and Helen Kastura Downham. He was predeceased by his brother Jack and son Steve Downham.

Dwight was a veteran of the United States Army. In 1970, he married the love of his life Rosemarie. He went on to work as the Director of Corporate Relations and Advertising at The Hartford Insurance for 20 years, before becoming the owner and operator of Coach’s Corner on Main Street in Manchester. He was a member of the British American Club and the Elks Club. He enjoyed playing darts and his yearly vacation in Aruba with family and friends.

In August 2017, Dwight tragically lost his son Steve who he dearly loved. Steve left behind his beautiful wife Tammy and daughters Kira, and Alyssa Downham. Besides his wife Rosemarie, Dwight is survived by his son Dennis and his wife Loreen, his mother-in-law Olive Bonneau, his siblings; The late Jack Downham’s wife Chris, Sue Stone and her late husband Bill, Florence and Peter Sheils, Lorry and Rich Choakes, Doug and Joanna Downham, Kevin Downham and his late wife Wendy, Doreen Downham, and Darryl Downham. His grandchildren; Jake Downham, Sydney Downham, Kira Downham, Alyssa Downham, Joshua Lundeen and his wife Vicky, Matthew Lundeen and his wife Crystal, Michelle Lundeen, Dillon Lundeen, Melody Lundeen, Ben Lundeen, six great grandchildren, his brother-in-law Tom Bonneau and his wife Diana , brother-in-law Ray Bonneau and his wife Phyllis, sister-in-law Doris Duffany and her husband Tom, sister-in-law Nancy Okraska and her husband Mike, as well as many special nieces, nephews, cousins, and friends. Dwight will be forever missed and loved by all who knew him.

John F. Tierney Funeral Home has care of the arrangements. A memorial service will be held on Friday, November 4th at the Assumption Church at 10am. In lieu of flowers, memorial donations can be made to the American Cancer Society or a charity of your choice. For online condolences, please visit www.tierneyfuneralhome.com.

Share Your Memory of
Dwight
Upload Your Memory View All Memories
Be the first to upload a memory!
Share A Memory