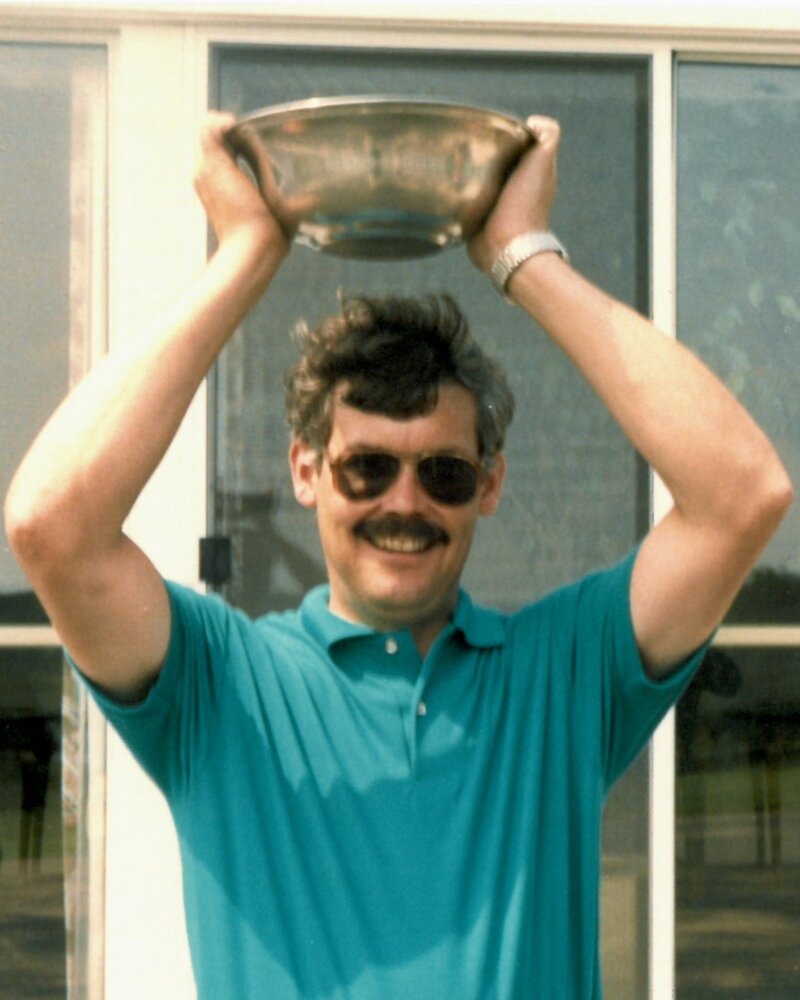 John Herbert Carvey died on November 17 surrounded by his children, Jason, Mark and Erin, his daughter-in-law Dana, sister-in-law Suzanne, and his brother and best friend Ray. John ran his own successful business for 40 years, was a friend of Bill’s for 30 years and a lifelong member of the Manchester Country Club; through all of which he made a host of friends and touched many lives.

True to his Irish roots, John loved to tell a good story, which we enjoyed listening to whether or not we’d heard it before. John will be remembered for his impeccable sense of humor, his generosity, his honesty, and integrity. Those qualities were best exemplified at the place he called home: the golf course. John is the record holding twenty-one time champion of the Peg Carvey Classic. He scored his first hole-in-one at the age of 15 and miraculously scored his fourth and final hole-in-one on the very last round of golf he ever played.

We love you, Red. You were the funniest man we ever knew. Nothing will ever be the same without you. You will remain in our hearts forever. You will never be forgotten.

To send flowers to the family or plant a tree in memory of John Carvey, please visit Tribute Store
Tuesday
13
December