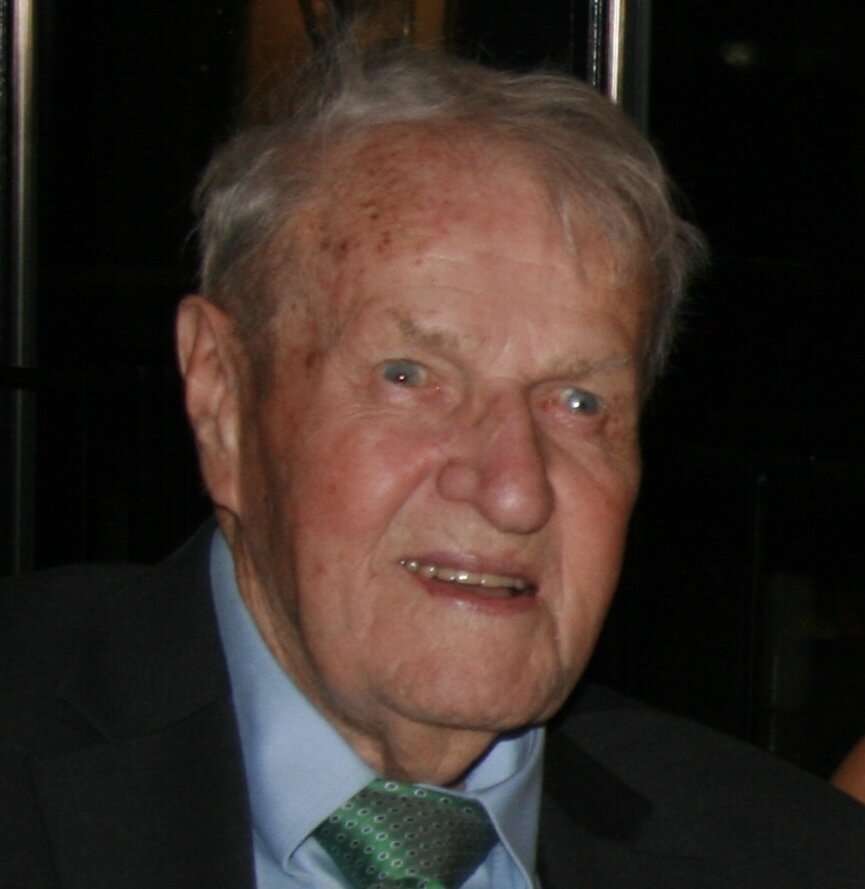 Edward "Ed" V. Morris 97, former long-time resident of Niantic passed away peacefully November 23, 2022, at Harbor Chase in South Windsor, CT. He was predeceased by his wife of 71 years, Arline R. Morris, his parents Joseph and Mildred Morris, and seven brothers and sisters.

Ed grew up in the “Frog Hollow” section of Hartford where he made many friends in both politics and business. At the age of 17 Ed went to work at The Hartford Times. In July 1943 Ed took a leave from The Times and joined the Army. He served in the South Pacific and returned to Hartford February 1946. Ed spent 25 loyal years at the Times until it closed. After the Times he joined The Hartford Courant and number of years later joined The Manchester Journal Inquirer where he ended his newspaper career. He retired from the JI at the age of 70. Ed spent his decades working in Advertising and Circulation. During his time serving in Circulation, it did not matter the weather, those newspapers had to be delivered to the customers and vendor but most of all the local neighborhood store. Ed had an unparalleled dedication. For years he was a prominent figure in Democratic Politics in East Lyme. The politician in him always knew how to get people talking. Ed always kept an eye and an ear open when stopping at a Diner or in traffic. He was always a great source of tips for reporters and editors for many of the CT Newspapers.

A Graveside service will be held at 11:30am in Union Cemetery, Niantic CT on Saturday, December 17, 2022. In lieu of flowers, donations may be made to Care and Share, PO Box 114, East Lyme, CT 06357. Or do an act of kindness for a neighbor during this Holiday Season.

To send flowers to the family or plant a tree in memory of Edward Morris, please visit Tribute Store

A Memorial Tree was planted for Edward
We are deeply sorry for your loss ~ the staff at John F Tierney Funeral Home
Join in honoring their life - plant a memorial tree
Services for Edward Morris
There are no events scheduled. You can still show your support by sending flowers directly to the family, or planting a memorial tree in memory of Edward Morris.
Visit the Tribute Store