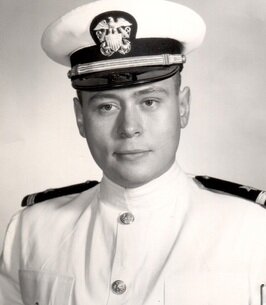 Robert “Bob” D. Sheap, age 84, of Pittsburgh, formerly of Dayton, Ohio, passed away on Thursday, November 24, 2022 with family by his side. Bob is survived by his beloved wife, Flora Van Cara, and her children Pamela (Michael) Collis of Pittsburgh and Kenneth (Heather) Van Cara of Andover, Connecticut, and her grandchildren Mia Collis and Quinn Van Cara. He is the brother of Fred (Joyce) Sheap; uncle of Sarah (Michael) McCarthy and the late Ann Bledsoe; great uncle of Max & Grayson McCarthy and Evan and Shelby Bledsoe, all of Virginia. Bob is survived by many loving cousins.

Bob proudly served in the U.S. Navy from 1961-1965. He went on to serve in the reserves for many years and retired at the rank of Commander. In 1986, Bob moved to Pittsburgh when the international division of Frigidaire was moved from Dayton, Ohio and began to travel overseas. He traveled to over 108 countries.

Bob loved to help others and could fix or build anything. In the neighborhoods that Bob resided he was Past President of the Board in Wyngate Homeowner's Association in Upper St. Clair and in his neighborhood condo association at Gulf Harbour Yacht and Country Club in Ft. Myers, Florida where he spent many winters.

Bob was a member of Westminster Presbyterian Church, where he joined the group of retired men who volunteered their Thursday mornings fixing anything and everything around the church. He also enjoyed gardening at his home.

Bob was an humble man who will be remembered for his hard work ethic, patience, and love of family, friends and country. He will be dearly missed by all. Funeral arrangements by BEINHAUERS. Friends and Family are welcome at 2828 Washington Rd. McMurray, 724-941-3211 on Wednesday, November 30, 2:00-4:00 PM & 6:00-8:00 PM. A Funeral Service will be held on Thursday, December 1 at 1:00 PM at Westminster Presbyterian Church, 2040 Washington Rd. Pittsburgh, Pa 15241. Interment will follow immediately at the National Cemetery of the Alleghenies with full military honors. In lieu of flowers, memorial contributions may be made to Westminster Presbyterian Church.

To send flowers to the family or plant a tree in memory of Robert Sheap, please visit Tribute Store

A Memorial Tree was planted for Robert
We are deeply sorry for your loss ~ the staff at John F Tierney Funeral Home
Join in honoring their life - plant a memorial tree
Services for Robert Sheap
There are no events scheduled. You can still show your support by sending flowers directly to the family, or planting a memorial tree in memory of Robert Sheap.
Visit the Tribute Store