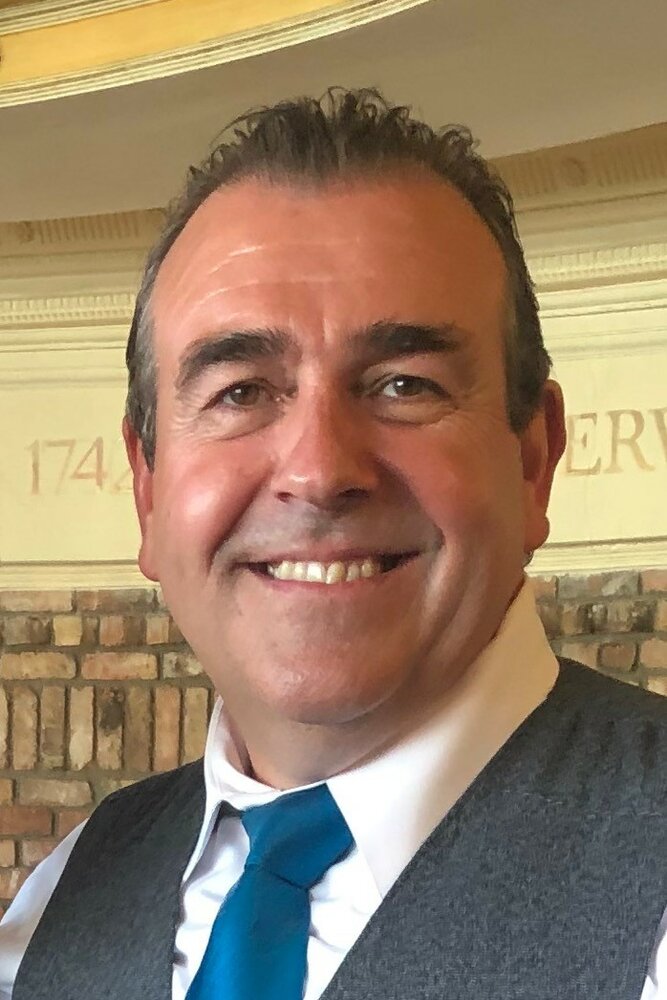 Paul Haddock, 58, of Manchester, CT, passed away at home on Tuesday, January 3, 2023, after a yearlong battle with cancer.

Paul, the youngest of 10 children, was born in Lurgan, Northern Ireland, to Mary Patricia (Tishy) and John Thomas (JT) Haddock. He grew up in the Irish countryside, in an area called, The Bleary. His loving, and ever-expanding family includes 150 members from siblings, nieces, nephews and now, great nieces and nephews. Even though he was neither the oldest nor the largest in stature, his mother always affectionately referred to him as “My big son.”

Paul moved to the US at the age of 21 and ran a successful business, Five Star Painting, for nearly 30 years. Raising his charming and loving sons brought him great joy. He loved them dearly and is eternally proud of the young men they’ve become. Paul loved Irish music and taught himself to play the banjo and mandolin. He was in his glory on stage with The Rising, and he could get the crowds going at the Half Door and the Irish Club even if he forgot a verse or two along the way.

The Irish Club is where he met his soulmate, and future wife, Melinda, in July of 2008. Their connection was immediate, and their love is the kind that songs get written about. He proposed on stage at a “Great Big Sea” concert, and they married in September of 2011. Their home was filled with friendship, love, laughter, dancing and always, “One for the road.”

Paul had a magnetic energy and a light in his soul that could brighten even the darkest days. He was joyful and boisterous but above all, he was loving. He was known to pull you in for a squeeze and say, “Give us a wee hug!”

He is survived by his wife, Melinda Wooten Haddock and his sons, Sean (28) and Conor Haddock (25), as well as his siblings Damien Haddock, Anne O’Neill, John Haddock, Eddie Haddock, Mick Haddock, Jacinta Loughlin, Marian Rodriguez Haddock, Angela Haddock, and Jacqueline Haddock. Along with his parents, he was preceded in death by his boys’ mother, Maureen Doran Haddock.

Family and friends may call on the John F. Tierney Funeral Home, 219 W. Center St. in Manchester on Saturday, January 14th, 2023, from 1-5 p.m. In lieu of flowers, the family asks that any memorial donations be made to the American Cancer Society.

Share Your Memory of
Paul
Upload Your Memory View All Memories
Be the first to upload a memory!
Share A Memory
Plant a Tree