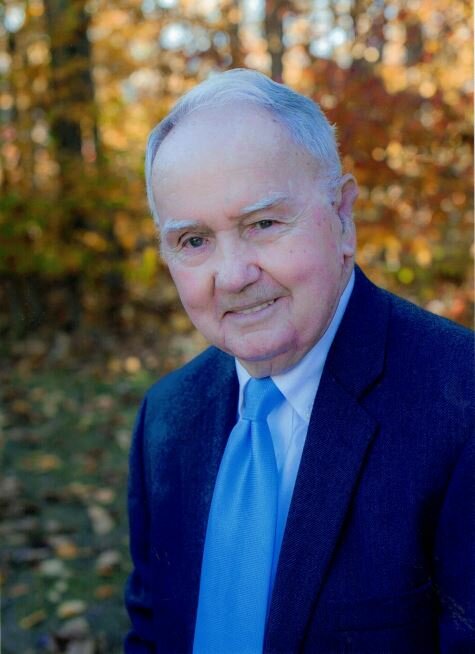 Philip James Shaughnessy passed away on January 20, 2023, in the comfort of his home and in the company of loved ones. Born on October 11, 1930, in Biddeford, Maine, he spent his youth playing ice hockey with friends, and basketball and football on school teams. He graduated from the University of Rhode Island, where he met his lifelong love, Barbara Clark. In a rags-to-riches story, they navigated his Army service during the Korean War and then settled in Glastonbury, Connecticut where they raised their family and developed deep friendships. Phil began his career working with room-sized computers and over the next 30+ years excelled to become an Assistant Vice President with an MBA at Aetna Life & Casualty.

He and Barbara lived long lives together, celebrating the birth of seven grandchildren and eight great-grandchildren. They moved to the Rhode Island shore, back to Connecticut, and spent the last 9 years comfortably at the home of their daughter, Suzanne and her husband, Nate. While we mourn the loss of him here with us, we know he had a date to keep with Barbara who passed in October. Together in Heaven, they will celebrate their 70th wedding anniversary this week.

Phil leaves behind children Linda, Suzanne, and David, as well as their supportive spouses; grandchildren Guin, Alex, Nathan, Deanna, Jacob, Will, and Maighread, and a growing number of great-grandchildren. His example of integrity and perseverance will live on in all who knew him.

Special thanks go to the wonderful care partners Ruth, Jill, Audrey, Lori, Tina, and the hospice team led by Sharon who have been a source of support, comfort and strength through the year.

Family and friends may gather at John F. Tierney Funeral Home, 219 W. Center Street in Manchester, CT on Saturday, January 28, 2023, from 10 to 11 AM and the subsequent Mass of Christian Burial at 12 PM at St. Augustine’s Church, SS. Isidore and Maria Parish, 55 Hopewell Road, South Glastonbury, CT.

To send flowers to the family or plant a tree in memory of Philip Shaughnessy, please visit Tribute Store
Saturday
28
January

Share Your Memory of
Philip
Upload Your Memory View All Memories
Be the first to upload a memory!
Share A Memory
Send Flowers
Plant a Tree